Watch an epic journey unfold on Thursday, Feb. 18 as our Perseverance rover lands on Mars. To reach the surface of the Red Planet, the rover has to survive the harrowing final phase known as Entry, Descent, and Landing.

Only then can the rover - the biggest, heaviest, cleanest, and most sophisticated six-wheeled robot ever launched into space - search Jezero Crater for signs of ancient life and collect samples that will eventually be returned to Earth.

Tune in to a live video feed of key landing activities and commentary from Mission Control at NASA’s Jet Propulsion Laboratory.

The Insane Engineering of the Perseverance Rover 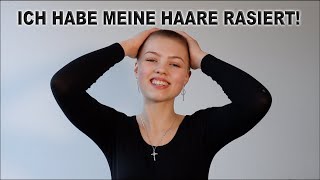 Helen Kelly - I Shaved My Head!

This Helicopter Is Now On Mars!

The Curious Life of a Mars Rover | Nat Geo Live

Landing On Mars Like You've Never Seen It Before

Helen Kelly - I Shaved My Head!